You are here: Home / Entertainment / My Favorite Underrated Rom-Coms

With my very favorite holiday around the corner, I thought it only appropriate to talk about my favorite genre of movie: the Rom Com!

Romantic comedies date back to Shakespeare days. Hello A Midsummer Night’s Dream! But it was the 20th century where things really stepped up for the style. 1940 brought us The Shop Around the Corner, which led to 1998’s You’ve Got Mail. Marilyn Monroe and Audrey Hepburn had a hot streak through the 50’s — Gentlemen Prefer Blondes, Roman Holiday, Breakfast at Tiffany’s…

The 80’s gave us classics like Annie Hall, Splash, Can’t Buy Me Love, Overboard, Coming to America, and When Harry Met Sally… among many others. And we were blessed with Pretty Woman, Sleepless in Seattle, and Clueless in the 90’s.

Not to be left behind, the 2000’s produced instant classics like Bridget Jones’s Diary, Sweet Home Alabama, Hitch, and How to Lose a Guy in 10 Days.

The point is that there are SO many amazing romantic comedies out there. So many in fact, that you might be overlooking these great unsung heroes of the last decade. 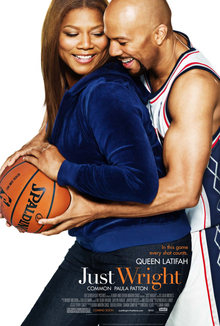 I once heard Common referred to a walking TED Talk. Whoever said that can just go away because this movie made me completely fall for him. And don’t get me started on Queen Latifah.

In Just Wright, she stars as a physical therapist who falls for an NBA player that she’s working with.

Obviously, there are many ups and downs including a gold-digging god-sister and moving from being that cool “friend” to an actual woman. In other news, men…

So, what makes this movie so special? I love that Queen Latifah’s character stays true to herself throughout it all. There’s no big makeover scene and she never fawns over her patient like others do. She’s renovating her own home and she gets offered her dream job — that’s the kind of leading lady this world needs! 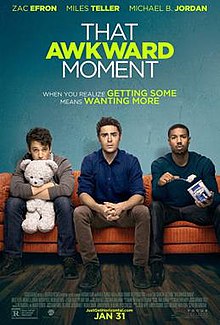 Most romantic movies are told from the woman’s perspective, likely because most men won’t admit to liking the genre. But let’s be honest; there are two people in these relationships, right?

Which is where That Awkward Moment picks up. I’m not a dude, but I think this movie does a pretty great job of capturing their side of the story.

Following three friends through their love-related misadventures, there’s something for everyone.

Michael B. Jordan is dealing with getting over the ex that cheated on him. Miles Teller struggles with moving from having a friend with benefits to an actual relationship. And Zac Efron finds romance, along with all the challenges that it comes with. 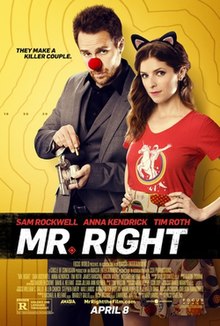 Okay, you’ll have to hear me out on this one.

One night, hubby and I decided to watch a movie, but nothing was jumping out at us. So, we settled on this Sam Rockwell/Anna Kendrick “rom com” on Amazon Prime.

Now, I use rom com in quotes because, while it definitely is that, it’s also a bit darker than your run of the mill options.

Rockwell plays an assassin with a heart of gold (he actually kills the people who try to hire him). Kendrick plays the “quirky” girl he falls for, who assumes he’s joking when he’s honest about his line of work.

I won’t ruin the ending of this one for you, since there’s definitely more to their happily ever after. But if you’re in the mood for a rom com that goes off the beaten path, this could be the one for you.

What’s your favorite romantic comedy? Or do you prefer another kind of movie? Let me know!